FOR THE FIFTH TIME, WOMEN IN MEDICA KOSOVA MET WITH A LEADER OF KFOR IN KOSOVA

FOR THE FIFTH TIME, WOMEN IN MEDICA KOSOVA MET WITH A LEADER OF KFOR IN KOSOVA 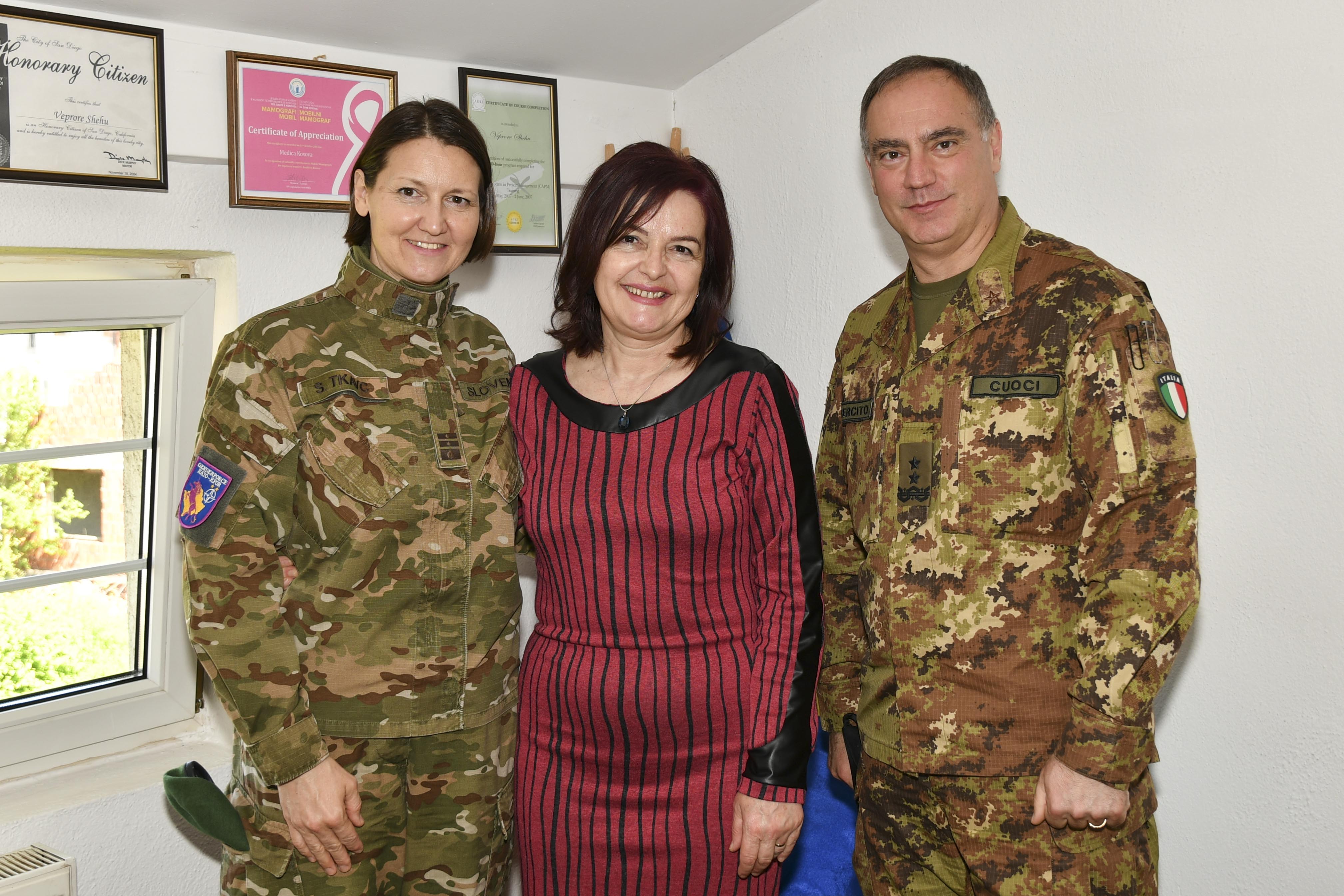 Major General Salvatore Cuoci is the 5 th Commander of Peacekeeping forces in Kosovo – KFOR who
visited Medica Kosova and met a number of survivors of sexual violence during the war. Hence, 20
women traumatized by both direct violence and loses of their family members developed an hour
meeting with Commander Cuoci and members of his cabinet.

Some of the women told their traumatic stories and shared the consequences they had to cope after the
war because of the stigma and lack of support by their families and society. Commander Cuoci highly
appreciated the courage of women to talk about sexual violence and request for their status recognition
as civilian victims of war through the verification process that started in February this year.

It was a touching and fruitful meeting, about which Commander Cuoci thanked Medica Kosova and the
women who demonstrated strength and trust to cope with the consequences of trauma.
While Major General praised the work of Medica Kosova for long-year support of these women, the
organization appreciates the visit of Commander Cuoci and his interest to develop follow-up activities
for promoting hand-made products of these women in the near future.