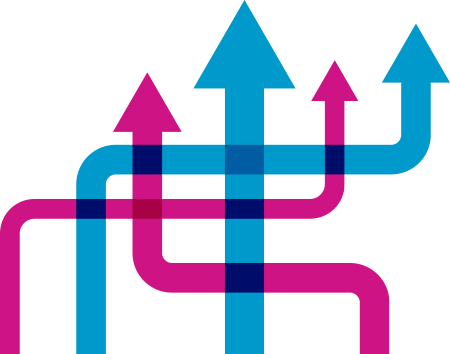 Project Title: Implementing an integrated approach for access to legislation addressing the status of the survivors of wartime rape

Beneficiaries: 76 survivors of war-time sexual violence from 8 villages of Gjakova and Deqani Municipalities

• Organizing a discussion roundtable in Gjakova for promoting the rights of survivors in accessing the law and addressing their needs for family and social support; and

• Participating in regular coordination meetings of the National Council in Prishtina about the process of preparing the women to access the law and document rape as a war crime.

Project Title: Supporting access to legal and social justice for the survivors of sexual violence during the war

Beneficiaries: 60 survivors of war-time sexual violence from villages of Gjakova and Deqani Municipalities

• Developing awareness raising workshops about legislation procedures acknowledging the status of rape survivors as civilian victims of war and legal support for completing the application form;

• Providing 60 psychosocial individual counseling to the 10-12 survivors approaching for the first time the organization in receiving support;

• Preparation and distribution of information leaflets about the procedures to accessing the law; and

• Attending regular coordination meetings of the National Council in Prishtina for briefing and sharing about the process of preparing the women to access the law.

• Establishing the “Association of single mothers” for promoting their status and rights for increased social and political participation as well as their registration in Kosova Women’s Network (KWN);

• Training single mothers on basic management and organizational issues for running their Association;

• Psycho-social and legal empowerment of single mothers for coping with trauma symptoms and claiming for their property rights; and

• Supporting the Association to influence decisions on the status of single mothers in the region.

Project Title: Supporting a comprehensive approach in redressing the status and rights for the survivors of wartime rape

• Developing meetings of the survivors with women from the local government;

• Developing an exhibition of the women’s art products for a wider public at local and national level;

• Developing sharing and networking meetings between survivors from Kosova and Bosnia; and

• Developing coordination of civil society actors at national level for addressing jointly public and legal recognition of survivors, and advocate for their access to restorative justice.

Project title: Supporting a restorative approach in access to justice for the survivors of sexual violence during the war

Donor: Embassy of Finland in Kosovo

• R03;Developing psycho-social counselling and providing legal support for the empowerment of the survivors in overcoming the consequences of trauma and accessing justice;

• Developing meetings with institutional stakeholders related to their mobilization in redressing the rights of the survivors;

• Free distribution of 60 bee-hives and bee-keeping supplies to 12-14 most vulnerable women and their capacity building in bee-care and honey production;

• Consultation meetings with EULEX Investigation and Prosecution Unit on the process.

Project title: Promoting the rights of women survivors of the sexual violence during and after the conflict

• Psycho-social support and rehabilitation of women who survived rape while facilitating their active participation in project activities;

• Supporting development of a baseline study conducted by Office of the High Commission of Human Rights about the situation of women subjected to sexual violence during and after the war;

• Providing awareness raising workshops for the survivors and their engagement in advocacy actions for improving their status in Kosovo;

• Developing an advocacy strategy based on research findings and recommendations for improving the status of survivors; and

• Developing advocacy capacity training for key CSOs and a round table on the issue of sexual violence during the war.

• Supply of 16 women farmers with bees and bee-care supplies for business startup in bee-keeping sector;

• Providing capacity trainings on bee-care and quality collection of honey;

• Supporting on linkages between farmers and market.

• Opening of a daily center for elderly women where they can participate in handcrafting and reading activities;

• Conducting group educational workshops about gender roles and impact of patriarchy on women's rights and freedom and political participation of women in Kosovo;

• Supporting networking and sharing activities of elderly women with other organizations in Kosovo.